Sorry, we don't support your browser.  Install a modern browser

If a new player signs up with an invite link they get placed straight on the roster which many times is not desirable.

Could we have the ability to share a separate link that adds them as a different type of user (such as ‘spare’) or perhaps the ability for the team manager to confirm each new user and assign them to a group.

Or perhaps have the ability for team managers to confirm each new player and assign them as roster or spare rather instead of them being automatically added. 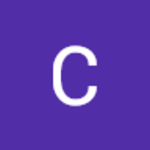 a month ago
B

I need this too. The button could still be called INVITE but then have a box to the right that lets you select [Players, Spares, Spectators, Staff]. To illustrate .. the button could look something like … INVITE [V] where V is a little arrow head indicating to the user to select more.

6 days ago
Make a suggestion